Fancy visiting a flamboyance of flamingos? 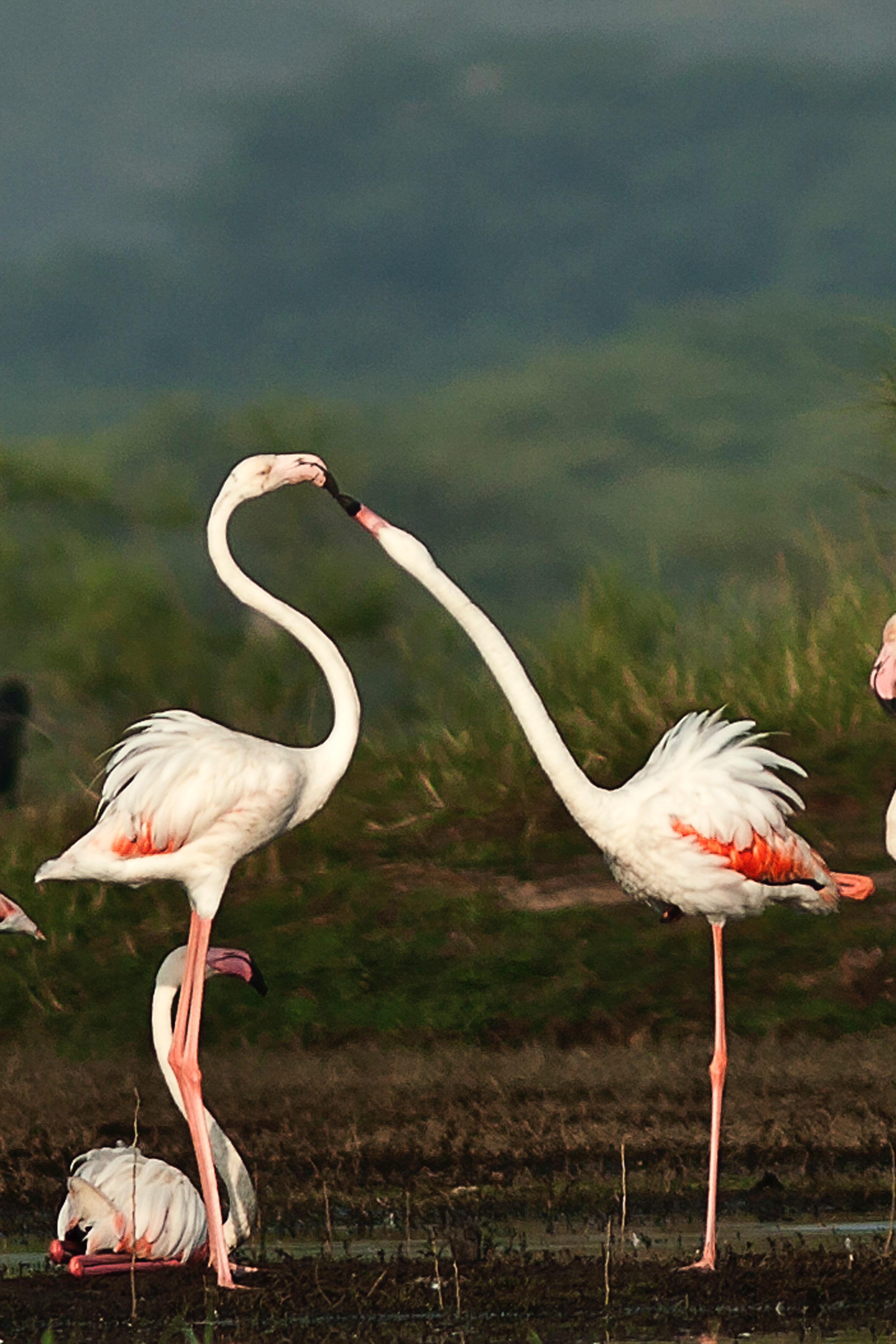 This could be a great plan to start off your summer holiday. You can see these beautiful birds in their natural habitat in the Regional Park of Las Salinas and Arenales of San Pedro del Pinatar. Without a doubt, a natural spectacle you will not want to miss during a trip to this part of Murcia.

These unmistakable crimson pink birds with their wonderfully long legs choose, year after year, the calm waters of Las Encañizadas (a natural waterway between the Mediterranean Sea and Mar Menor) as the last stop on their migratory route to African lands.

What is it about this place that even humans have ended up imitating the the flamingos’ habit of resting here? It seems an escape to this stunning wetland area is truly irresistible. During the summer months, numerous visitors make their way to the beaches of the Mar Menor to enjoy a traditional mud bath. The therapeutic properties of the mud here, enjoyed by both the Romans and Arabs, are not only beneficial for the skin, but also for joint pain and other types of inflammation.

The Regional Park of Las Salinas y Arenales of San Pedro del Pinatar extends for 6 kilometres along Murcia’s Mediterranean coastline. It is a Special Protection Area (SPA) for birds, and each year serves as a stop-over site for flocks of migratory birds which is why it was included in the European Union Natura 2000 Network.

In addition to flamingos, other migratory birds such as herons, cormorants etc. can also be seen along with ospreys, a protected species, the kingfisher and the lesser short-toed lark amongst others.

The park provides several hiking and bicycle routes where visitors can, besides contemplating the birds, see the famous ‘encañizadas’, a traditional fishing technique used by the Arabs to catch, with a kind of labyrinth of reeds, fish between the Mar Menor and the Mediterranean; and the saline mills of Quintín and La Calcetera, which until the 1970s were used to transfer water from the Mar Menor to the salt pans.

There are several lookouts where visitors can view the wetlands and its stunning wildlife. Even if you are not an expert ornithologist, don’t forget to bring a pair of binoculars with you as well as sun cream, comfortable shoes and clothing and, of course, a small bottle of water to avoid dehydration during your visit. Get ready to enjoy the spectacle!